You got your sarsaparilla and some purdy dice, but somethin’s missin’! You need some shiny new western floor plans for your table!!

Even though I don’t yet have a use for these plans, if I ever get around to doing the western game then I may have to make use of these plans.

When I was writing my top 10 list of games I mentioned the excellent cross-genre game Torg.

So if you have ever wondered what is so good about this game you can pick them up for a steal. 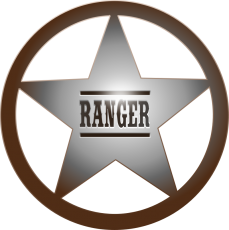 In all my years of gaming the one genre that I have played the least is the Wild West. Sure we’ve done games that are like the Wild West in space but never really the western proper.  Well apart from the odd session of Boot Hill and those were very odd indeed, somewhat cinematic scenes punctuated with extreme violence; something like a Wild West version of Bottom.

A little while ago I asked the players what they would like to play and after much debating we sort of settled on doing a game in the west.

I recently asked on rpg.net to recommend me a western RPG and I received a number of suggestions for suitable replacements; from the simple to the more complicated games.  I pared the list down removing those games I didn’t care for; like Western Hero and Gurps.  I have nothing against either game and I found Gurps to be an excellent source volume but the system never excited me the way that some games do.

Of the suggestions two stood out; Aces & Eights and Deadlands.

I had prior knowledge of Deadlands and had loved the system but it wasn’t a popular choice with the gaming group so I decided to investigate Aces & Eights. My trouble started when I tried to find out which book I needed to get hold of and the main book appears to be out of print; which is a real shame.  I know its available as a pdf or three but one of the players wanted the physical dead tree edition in his hands to pore through.

So I’m going to pitch Aces & Eights and see what happens.