I just wanted to post this article to wish everyone a Happy GMs day again and to also let you know that I’m still alive.

I do intend to post again very soon, the cataloguing is taking up more of my time than I expected.

A while ago I mentioned a Kickstarter for printing your own gaming terrain and now an Miguel Zavala is releasing downloadable miniatures files that enable you to print your own  D&D monsters.

If this is your sort of thing you can grab the files from here: http://www.shapeways.com/designer/mz4250 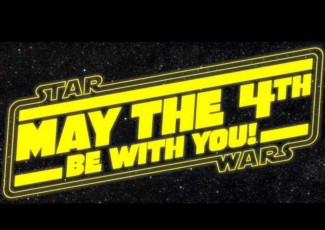 Unknown Armies was always one of those games I read about and was certainly curious about trying out to see what it’s like, alas I never seemed to find the right gaming group to play it with.

Now Atlas Games are working on a third edition of the game complete with some awesome stretch goals and the chance to obtain the older supplements as well.

When I started gaming, I always wanted a gaming room of my own with; dice, miniatures and a library of gaming books all within easy reach of me and the players.

As technology progressed and after seeing the gaming room with an overhead LCD projector I wanted one so I could display maps and combats in much better 3d environment.

I have also done some gaming with Roll 20 and this is getting close to my idea of a perfect gaming environment.  I have my battlemaps, books and custom macros to make things run that much smoother 🙂

Kickstarter – The Folio #8 The Hidden Valoria

Scott continues to write and publish adventures which have been successful in delivering the goods when completed.

This is another one that I believe is worth backing.

Out of all the gaming settings I have access to, I have always been partial to the Forgotten Realms.

I know it’s a bit clichéd in places but I really liked the detail that went into the setting, so many interesting places to send the characters and lots to explore.

The only bits I didn’t seem to like is when they started to alter the world maps as the editions were published and even the previous parts of the world that were designed as a sandbox became defined.

If you haven’t come across this event before, there is a website dedicated to it and you can find it here: http://gmsday.com/

I also took part in it last year, my old post can be found here.

In honour of the event I’m going to get behind the screen and make use of one of the Kickstarters I backed; Space 1899.

With me getting back to full health this means I’m starting to write again and also start to see what new gaming Kickstarter projects are coming up.

One thing I’ve started to love is the sandboxed environment which allows the players to drive the action.  When I started gaming I was very much a play by the book sort of GM and in some ways I guess I still am; but what I’ve started to try to do is push outside my comfort zone and this is where such an environment comes into play.

Sine Nomine Publishing is one company that has published a number of games and supplements that have inspired me to delve deeper and give the players what they want.

It’s worth a look and is a fairly cheap project to back unless you want the limited edition hardcover where you’ll need some serious wonga to acquire it.

I’m still a bit under the weather which means my creativity is in full flow again.

While I was watching some TV and trying to recuperate I had a flash of inspiration.  One of the programmes I saw was Storage Wars and followed a group of people bidding on the contents of abandoned lockers and seeing what trash or treasure was inside.

This got me thinking, what if one of these lockers was a green box?   A green box is a private storage repository established by operatives of Delta Green and could contain all manner of weird stuff.

Here’s a link to a random Green Box Generator: http://www.palinola.com/projects/lab/greenbox/