All Flesh Must Be Eaten 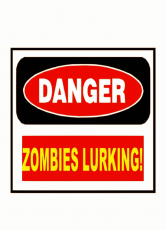 A quick disclaimer before I write this review.  A long time ago I used to be a play-tester for Eden studios but that was for the Conspiracy X game line and not AFMBE.
Since I’m going to be running All Flesh Must Be Eaten I thought I’d do a quick review of the core book.  I have three different editions of the book; two printed and a pdf version of the revised edition.  This review is therefore of the revised edition.

What grabbed me about the whole game was the ability to not just do a Romero style zombie game; of which you can find an example in the books Deadworlds chapter; but the whole tool-kit approach.  The game gives you the tools and you can craft your own tailor made zombie apocalypse.

The game uses the Unisystem mechanic and requires nothing more than an ordinary d10 to resolve actions.  At the simplest level this involves rolling stat + skill + 1d0 and try to get higher than 9.  It is an easy system and the genius lurks in the design of it.  Take combat for example; if you wanted to fire a pistol then rolling your characters skill and dexterity seems a logical combination.  What if you wanted to aim?  Some games just give you a flat value to add to your next attack, AFMBE allows you to roll perception and handgun skill with each success level adding +1 to your next attack roll.

This makes it easy to add to the Roll20 virtual table-top as you can easily script macros to take advantage of the flexibility of the system.

The game also contains several example player characters in the archetypes section.  These can be used as is, as a inspiration  for an new character or as an NPC.   I do like this approach as it can get you into a game quickly and with a little difficulty.

Finally the revised edition has rules for using it with a very popular d20 based gaming system.

In conclusion, if you want a tool-kit to create your own zombie apocalypse then this game does take some beating.  If I had one complaint to raise it would be the lack of bookmarking in the pdf but I think this is a small price to pay for such a fun game.

There is a free introductory adventure complete with characters and this can be downloaded from Eden’s website, by following this hyperlink:

Posted March 29, 2014 by GeneralTangent in category "All Flesh Must Be Eaten", "Reviews", "RPG

I've been gaming on and off since about 1989 and during that period have played with numerous game systems. I'm fluent in a few, have a basic understanding of quite a few more and can get by in others. Somewhere along the way I found time to be a playtester, contribute to an unpublished game supplement and be associated with another gaming magazine written by far more talented people than I. This lead to one infamous article being written in which I followed the letter of the adventure and torched the parties river barge. I'm also listed on http://rpggeek.com as a game designer.