One of my other guilty pleasures is the entertainment sport known as wrestling, I have dabbled in the past with wrestling games but they always seem to lack something; while mechanically sound the atmosphere is missing.

I bought the first season of this game a little while ago and I liked what I saw; a hack of Apocalypse world which captured the excitement of the old Saturday afternoon matches broadcast on ITV.

I’m certainly backing this one, but I’m disappointed that I’m going to miss out on having my likeness captured in the game art 🙂

I’ve been a fan of Apocalypse World and the various hacks that have appeared despite never having actually played it.

So I was pleased to learn that there is a second edition of the game on Kickstarter and I had to back it. 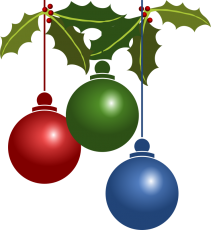 Wishing everyone a very Merry Christmas and I hope you have a good day with you and your kin.

You have probably gathered that I love dice so I decided to back this project even with the slightly higher shipping cost to the UK.

One of the eras that I’ve always liked is the Ancient world, especially the Greeks and their mythology;  I could read the stories of the heroes for hours on end.  It’s a pity that there aren’t many games to capitalise on this rich background.

The 6d6 team have launched their first Kickstarter set in this very era and it looks very interesting, especially since they are using their own 6d6 role-playing system which is multi-genre and flexible to boot.

Kickstarter – Malandros: tales from the streets of old Rio

It looks like I’ve been tempted by a lot of new Kickstarter projects lately and my success record of having the completed projects rewards is pretty good; I think only four that I have backed failed to bear fruit.

I’m always interested in settings that promise something different; you can find plenty of D&D clones floating around with cookie cutter fantasy settings but how many games set in old Brazil come to mind?  This is the premise for Malandros: tales from the streets of old Rio.

The project has funded and only has a few days left before the funding period is over, so have a look and see if it’s worth four cups of coffee 🙂

I’ve always enjoyed the cyberpunk genre of games and I’ve also started dabbling with the Powered by the Apocalypse engine; so this may be an interesting fusion of system and setting.

It’s also reasonably priced with the option of a B&W paperback book as well.

There are very few games I’ve run across where the premise of the game is to play yourself in a role-playing game and this may be worth checking it out just for that unique hook; plus it features a new class from world-renowned chief barge burner James Wallis 🙂

Unlike some of the other Kickstarters I’ve backed this is refreshingly affordable and is easily worth the price of two or three cups of coffee from your favourite coffee shop.

I barely have time to rest and draw breath before I learn that Scott is already raising funds for The Folio #5, 1E/5E Format Adventure Module.  I have no doubt that this one will fund like the previous four in the series and will also be as much fun to play or run.